The brief was to create an ident for this modern indoor plant business. With houseplants being all the go, don’t you know, the timeline was to turn the project around ahead of partners Chris and Becca opening up a ‘real’ shop in Nottingham to compliment their online operation.

The company had no real sense of what they wanted outside of knowing it when they saw it. Their thinking only supported by a hand-drawn poster, courtesy of Becca, which they used to show contact details in the window of their shop situated in trendy Sneinton Market, as the beautiful interior was being decked out.

STENCIL liked what they’d done sufficiently to take it as inspiration and turn it into a more polished and versatile version of the charming starting point it was. The justification being that we really liked. We thought others would too.

And that’s the way it went. What The Watered Garden has ended up with is a modern, arts & crafts feel, but with all the practicalities of legibility and versatility of application. The flow of the lettering has been enhanced with ‘tendril-like’ flourishes, maintaining the logo’s organic genus as well as organic offering. But with rigour added to how it presents.

STENCIL also contributed the supporting messaging ‘PLANT. LIFE.’ It seemed to reflect perfectly the attitude and passion of these young entrepreneurs every bit as much as their customers and the lovely, lovely modern exotics they hold. As businesses go, we think it’s a grower x 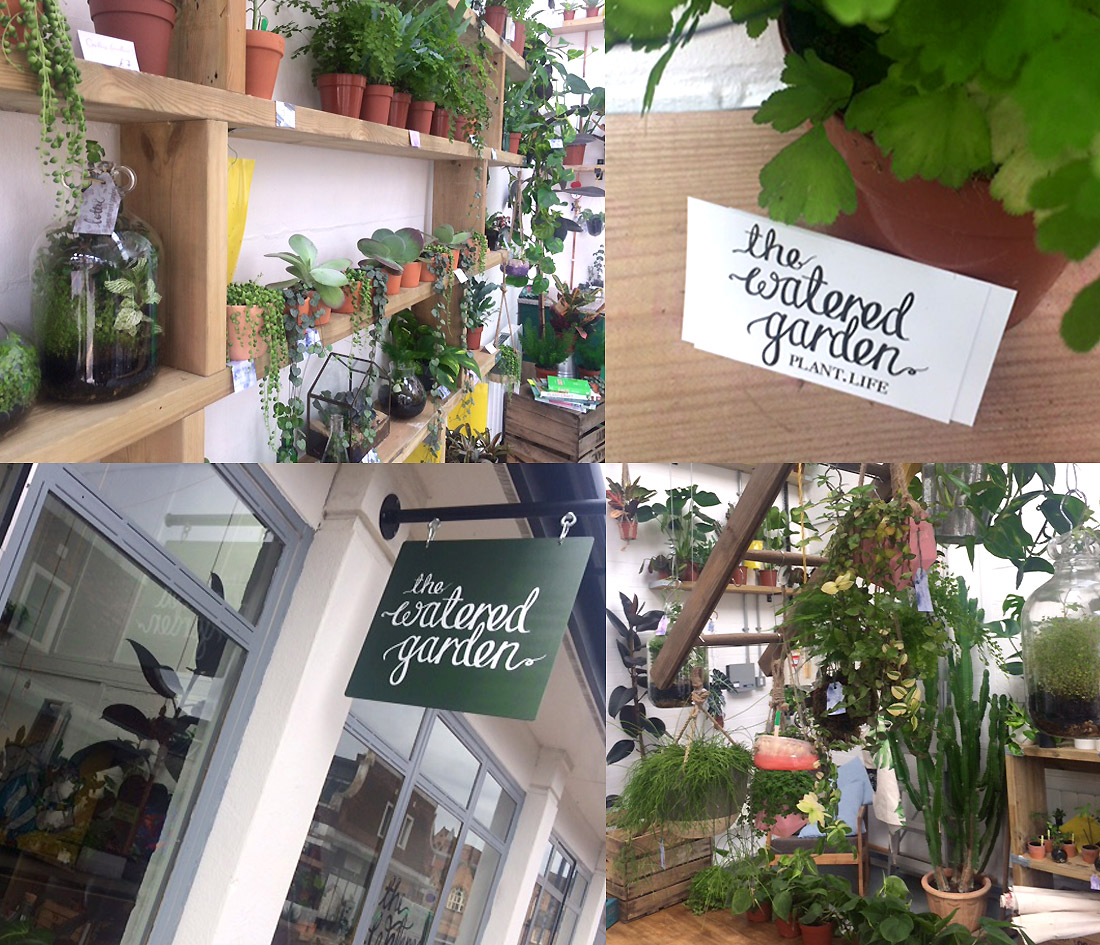