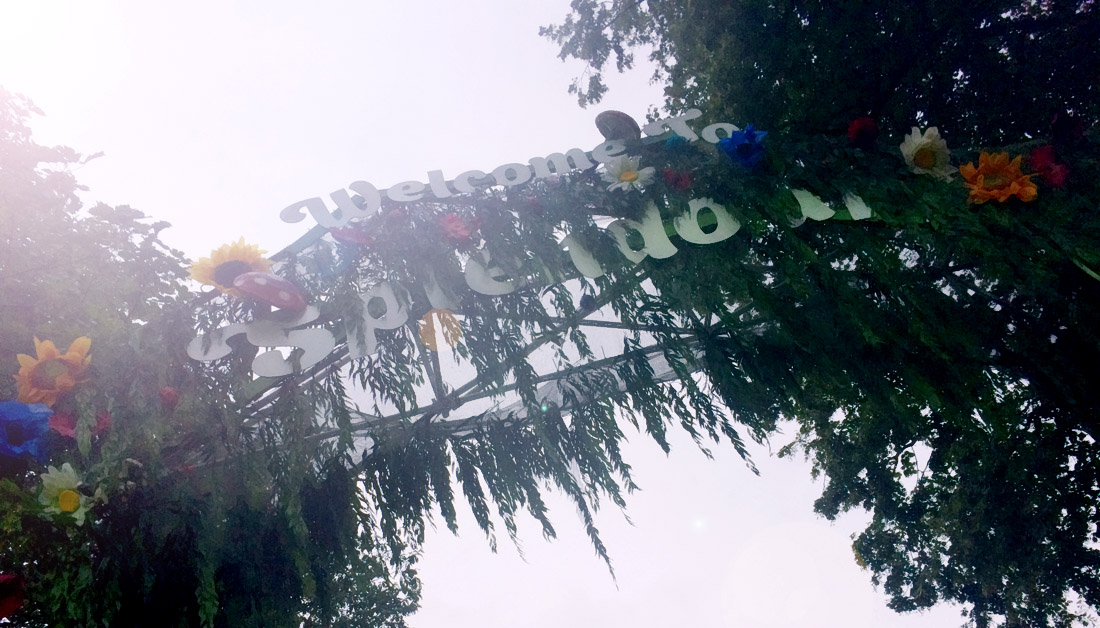 STENCIL’s Andy Afford found himself at a decidedly damp Wollaton Park for highlights from the Main Stage at Splendour 2017. Buckle up.

‘Splendour’ or indeed ‘splendid’ are certainly not descriptors likely to have been used this year by many of the 25,000 attendees when describing the city’s premier music festival, held annually within the walls of Nottingham’s Wollaton Park.

As rain fell non-stop from around three o’clock onwards, it beat its own kagoule-pelting tattoo in accompaniment of the day’s final five headline sets. All this after proceedings started under the friendliest of skies in front of a record crowd for the event. 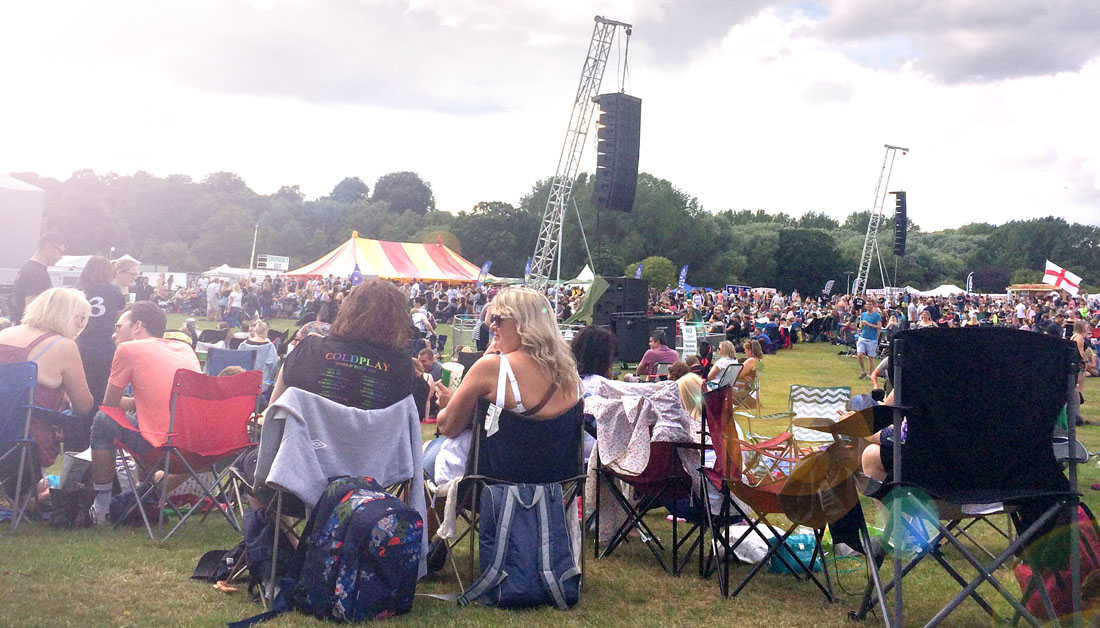 Performance-wise, so it begins. Bouncing on stage at metaphorical ‘first light’, competition winners Brotherhood are afforded the honour of ‘teeing things up’. Historically this opening slot is the preserve of acts of tender years and fledgling experience, this time around it’s a different vintage altogether. The band’s well-seasoned bonhomie-meets-Bon-Jovi middleweight rock shtick (and slightly distracting School of Rock attire) does a job.

It’s a third Splendour for Mansfield’s own Georgie. Accompanying herself on electric guitar the singer-songwriter’s appearance follows a run of successful support slots when opening for shampoo-and-set rockers, Blossoms. Sounding not unlike Fleetwood Mac’s Stevie Nicks, the 22-year-old delivers a nicely controlled set that is as clean and clear as her guitar tone, showcasing songs that should make for an equally accomplished upcoming debut album.

Will Varley brings a solo Spanish guitar to the stage, instantly finding a rapport with a growing crowd. His are agit-folk outsider songs of social conscience that cover ground between Frank Turner and acoustic Bruce Springsteen. He also unwittingly makes it rain.

Gabrielle Aplin wins ‘outfit of the day’ for her fantastic red high-waisted jeans and sunflowers-over-the-boobs t-shirt combo. As well as offering the day its first ‘hit’. This coming in the form of track Please Don’t Say You Love Me. As a general rule, she’s pretty good.

Lung-busting bon viveur Tony Hadley does his best to lift spirits – largely Jack Daniels in this instance – mixing modern rock covers with highlights from the Spandau Ballet back catalogue. The 57-year-old opens with David Bowie’s epic Life On Mars, before picking off hits by Stereophonics (Dakota) and The Killers (Somebody Told Me). Spandau tracks include Gold, Lifeline, Through The Barricades and True.

For better or worse Busted are back. After a break of 12 years, returning lead vocalist and alpha male Charlie Simpson re-joins original members James Bourne and Matt Willis for a rattle through a slew of fondly remembered heartbreak pop anthems. With former Fightstar lead singer Simpson contributing some rare centre-stage stage presence as well as 60 per cent of the band’s reconfigured, reconstituted and re-aggregated height. Hits Year 3000, Sleeping With The Light On and What I Go To School For – in which the song’s central character and object of lust is a 33-year-old school teacher that now seems a little young for the band members as opposed to the fossil-like temptress of yore – these are all delivered with requisite levels of energy, guitar pummelling and in any number of instances, a good level of somewhat over-excited effing and jeffing. Unnecessarily so, given the tender age of a good swathe of the crowd.

As darkness settles in for the night, so do ‘TV’s’ Ricky Wilson and his Kaiser Chiefs. It has to be said, a Championship level vocalist, but a front man good enough for the Premier League, and an entertainer ‘fit for Europe’, Wilson’s unbroken engagement with the crowd proves an artless and endearing feature throughout the professional Northerners’ 90-minute headliner’s set. Hits are played and fights allayed in roughly equal measure. Highlights come in the form of the transition between the Luddite stomp of fan favourite I Predict A Riot and the poignant and anthemic Coming Home. This being the uplifting lead single emanating from the band’s fifth studio album, Education, Education, Education and War released in 2014, which returned them to the top of the charts after a six-year absence.

And so she ends. For another year. Best summed up as a far-from-classic line-up that huffed and puffed in the face of weather unpleasant enough to blow the house down. Confronted with such inclement elements, ‘catching fire’ was never going to be easy. Not for anyone. Least of all a line-up of ballast rather than bad-ass.