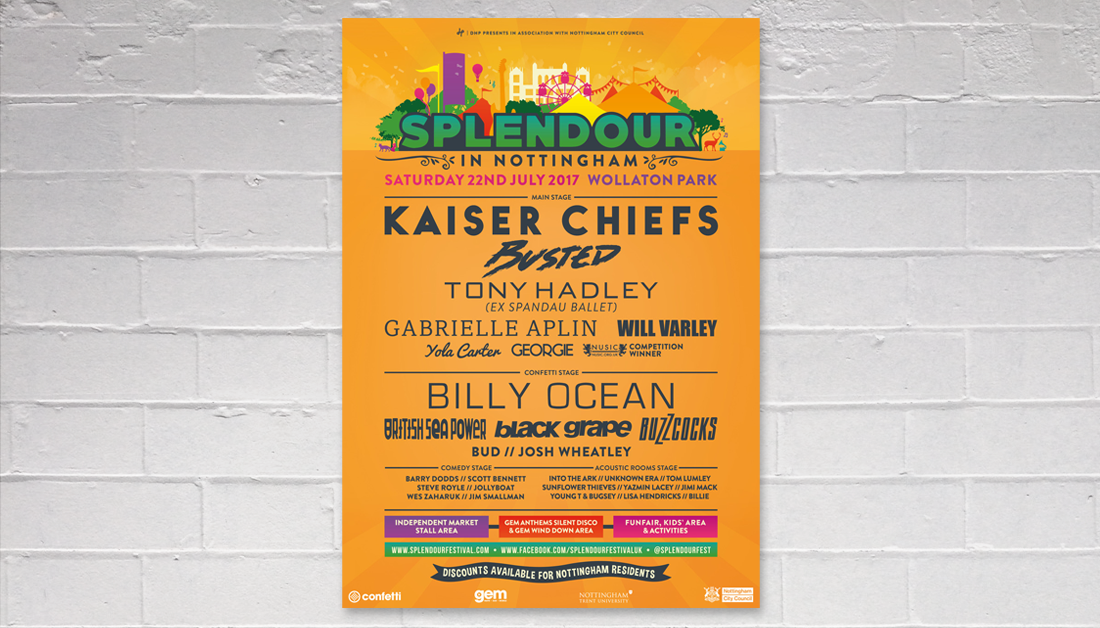 Splendour: A Festival Of Eager Anticipation

Andy Afford will be attending his seventh consecutive Splendour on Saturday. He writes that he’s looking for a bit more from a few more this time out.

They say it will be a crowd of 25,000 at Splendour this year. They say that’s up by the thick end of 5,000 punters on last summer’s highwater mark, for what is Nottingham’s biggest music event. They say it should be good, despite a modest weather forecast for Wollaton Park at the weekend. That’s what they’re saying. And they are generally right.

Hit-making rock clodhoppers Kaiser Chiefs are the ‘superheadliners’ – to pinch a phrase from Walt Disney. Following on from dance-pop songstress Jess Glynne, who was afforded the honour last time around. Although whether a, ahem, riot will indeed ensue or not will largely be down to a combination of a break in the clouds and the undercard of ‘80s pop warbler Tony Hadley (off-of the that-there Spandau Ballet) setting romantic hearts a flutter, and pile ‘em high sell it quick urchin pop-rockers Busted putting in a shift.

With 2017’s line-up aimed squarely in the direction of a heritage crowd, and with what feels like fewer local acts than in the past – always hugely well-received at the festival – it falls to Mansfield-born chanteusse Georgie to fly the standard for the county’s youth.

It has always been the sense of event and indeed the venue’s splendour that has carried the day in the past. With Wollaton Park’s natural top-to-bottom fall – from the hall itself down towards the lake – thus creating vantage points from front to back. With the weather generally kind and the crowd incredibly appreciative, few artists have fared badly or indeed given not of their best.

There have been some memorable sets. Sheffield’s synth-pop A-listers The Human League stealing the show in 2016. Sunshine-poppers Scouting For Girls playing all of their hits – and several of other people’s – in 2014. With Dizzee Rascal fixing up and looking sharp in 2012.

But outside of the headliners, it has been in general festival accoutrements by which the festival has been measured less favourably. Food and drink – although copiously consumed – has rarely held its end up compared to festivals wider afield. And until last year’s ‘second stage’ strong showing with The Darkness, The Fratellis and ‘The’ Stiff Little Fingers, it has very-much been down to the main stage to carry the show in its entirety.

We’ll see what the organisers bring forth to tempt and titillate this time out. It’s time for Splendour’s supporting cast to show us an equally good time. A time to show what the festival is actually made of.

In review: Read Andy’s coverage of the event via The Nottingham Post website, bright and early on Sunday morning thenottinghampost.com