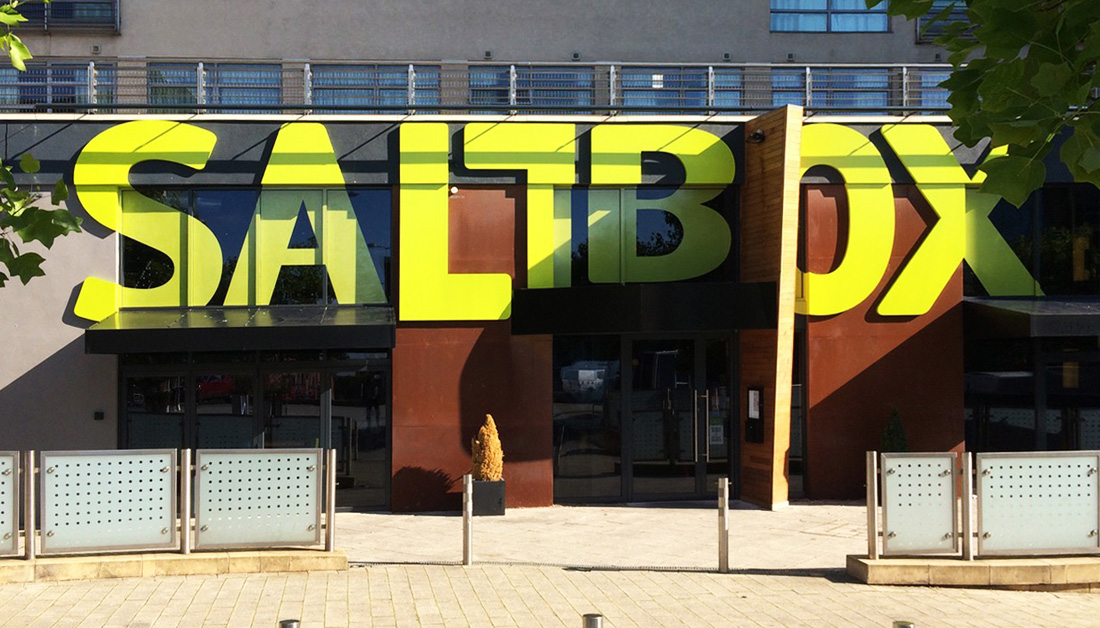 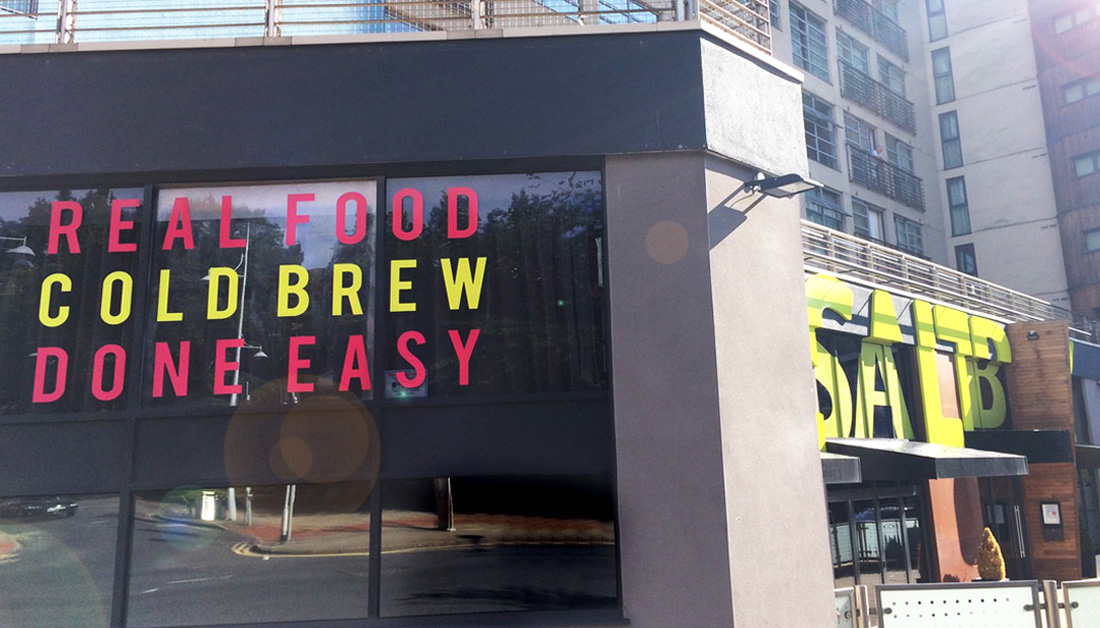 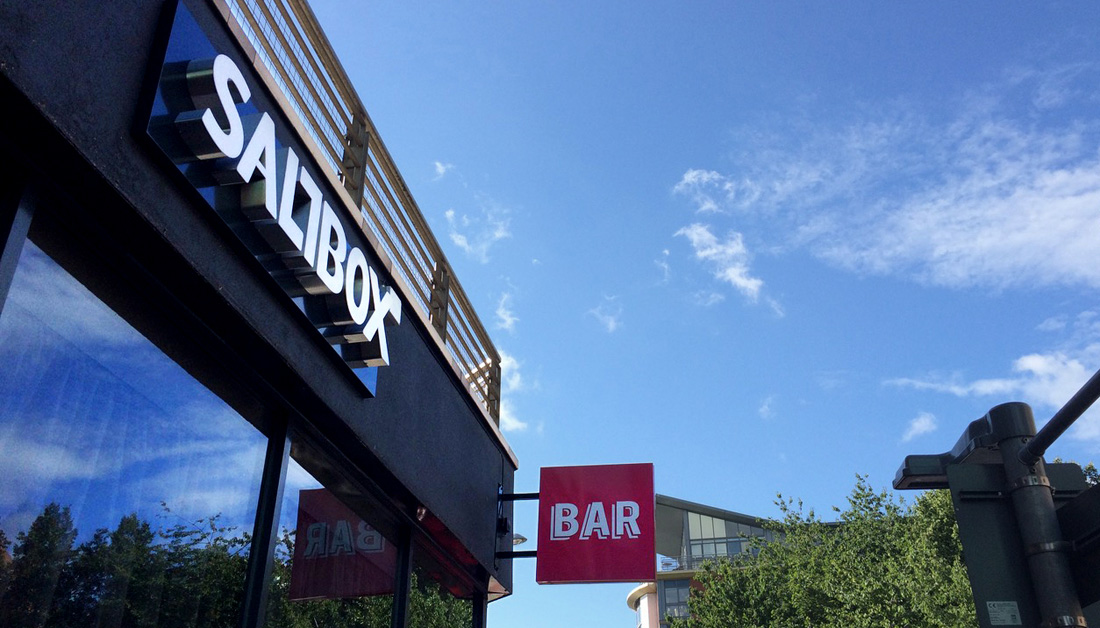 Six months in the making and Saltbox on Bolero Sq. in Nottingham has received its facelift.

It took a mix of mediums and a mass of work and thought to get these ambitious and eye-catching 40-foot letters to work as a single entity across what is a surface of multiple finishes. Compared to that, the supporting box signage and lighting became a mere bagatelle…

It’s bold and confident – by design and intent – befitting its place right next to the gigantic façade of the Motorpoint Arena. With an interior fit-out underway to move the central bar to a rear wall in order to accommodate the new elevate live music stage, it continues to be all change at this STENCIL re-drawn city centre property. 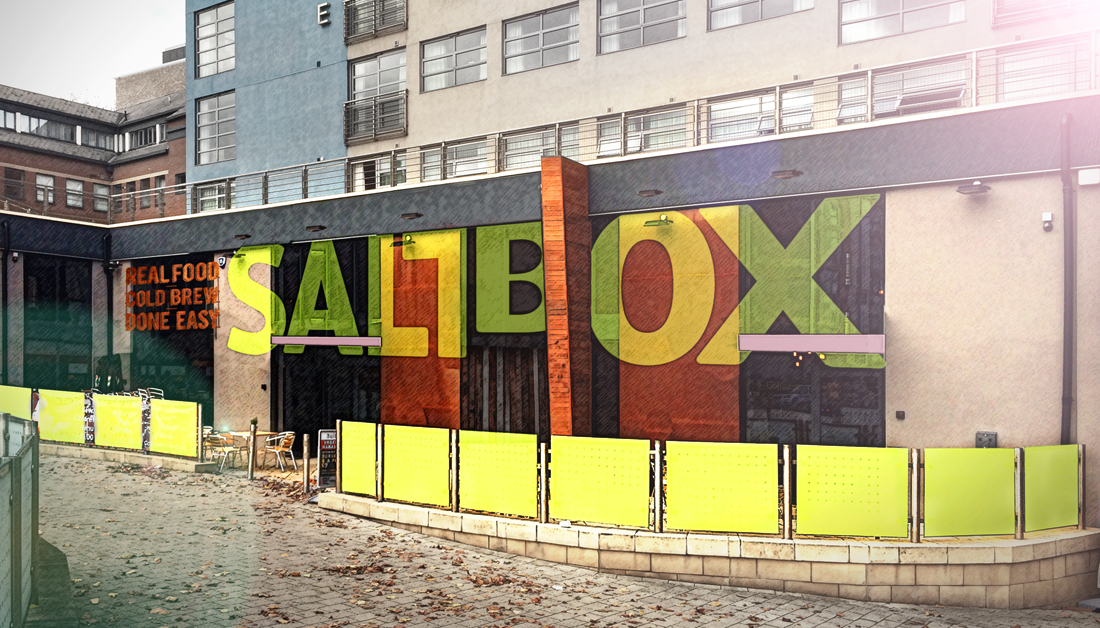 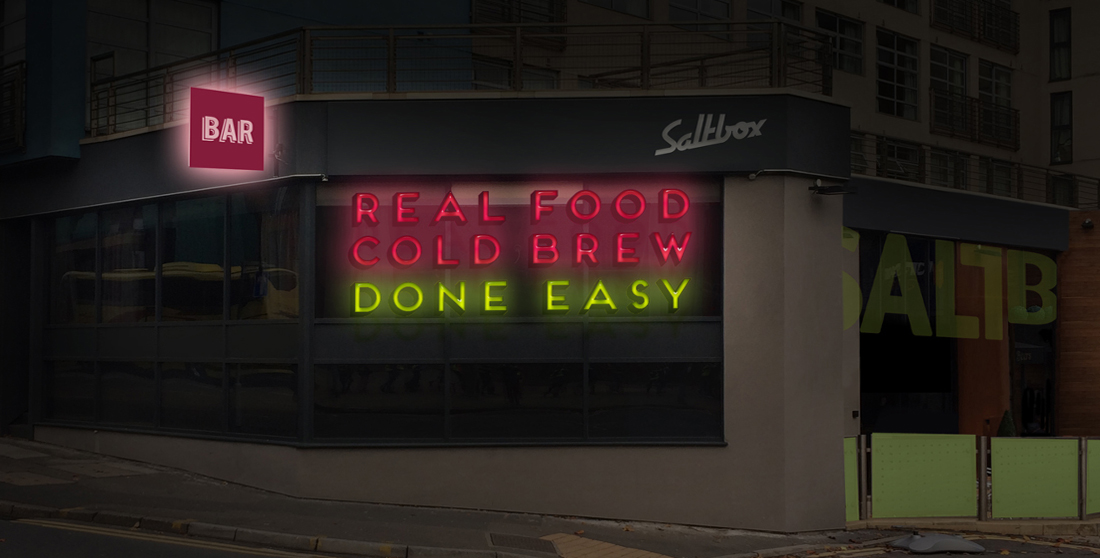 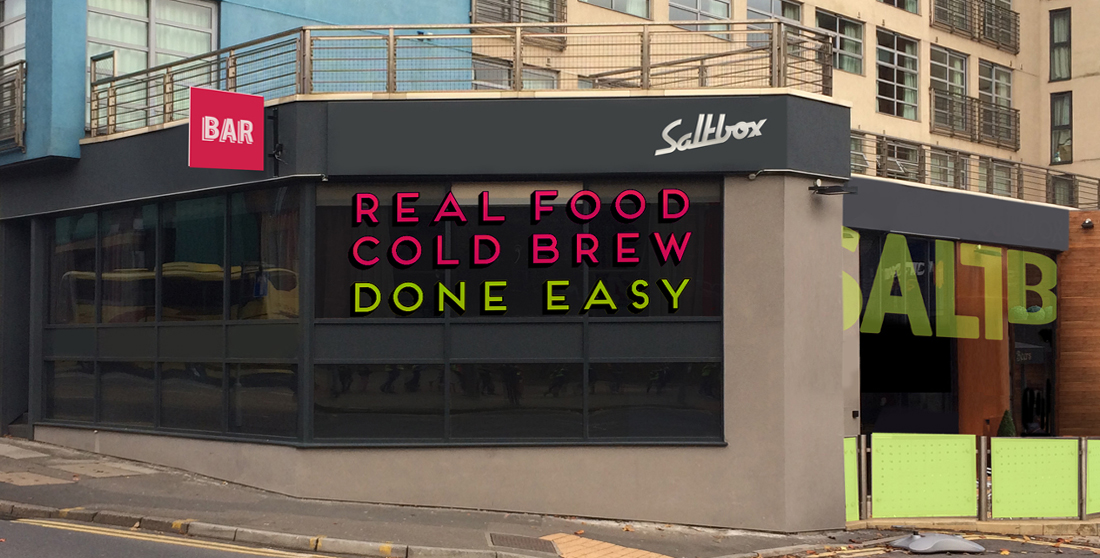 Even with a massively successful string of pubs behind them, the thought of taking on SaltBox, situated right on Nottingham Arena’s iconic Bolero Sq, was not something that new owners Great Northern Inns entered into lightly.

With scale comes very real challenges. Firstly, how do you reposition something – as vast as it is – that few people know what it is and even fewer know what it does?

That was the conundrum faced by STENCIL art director Sam Bowles. But not a person to shy away when faced with a curly one, consummate and professional as ever, Sam thought he’d go big rather than go home. “Reconciling the front of the building was a real head scratcher to start with,” reckons our Sam.  “The place looks different from every angle and it competes for the limelight with huge buildings in every direction.  There’s the Icehouse, situated behind it and the entrance to the Ice Stadium to the side. Sight lines also needed taking into account from multiple walk-up angles, trajectories and directions. After hours and hours of looking at the place and taking pictures, we came up with the boldest scheme we could imagine. To do that job of tying the whole thing together.”

The scheme also included creating a visual language for the place. Sam Bowles again; “We needed for people to instantly understand what the place was selling as an experience. And that our offering was in line with their expectations. And that was to cater for people looking to enjoy a drink and a bite to eat before attending a show or a game of ice hockey with a defined start time. We needed to communicate that we could get them in, get them fed and watered, and get them to their seat without a problem. We think the messaging of REAL FOOD, COLD BREW, DONE EASY really sums up the SaltBox vibe perfectly.”