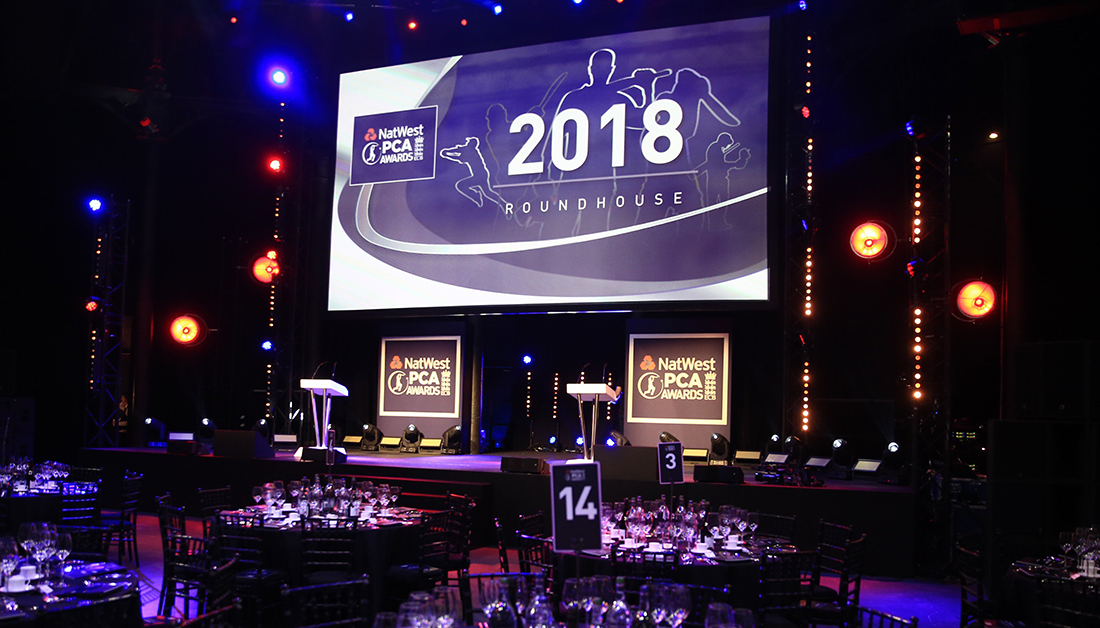 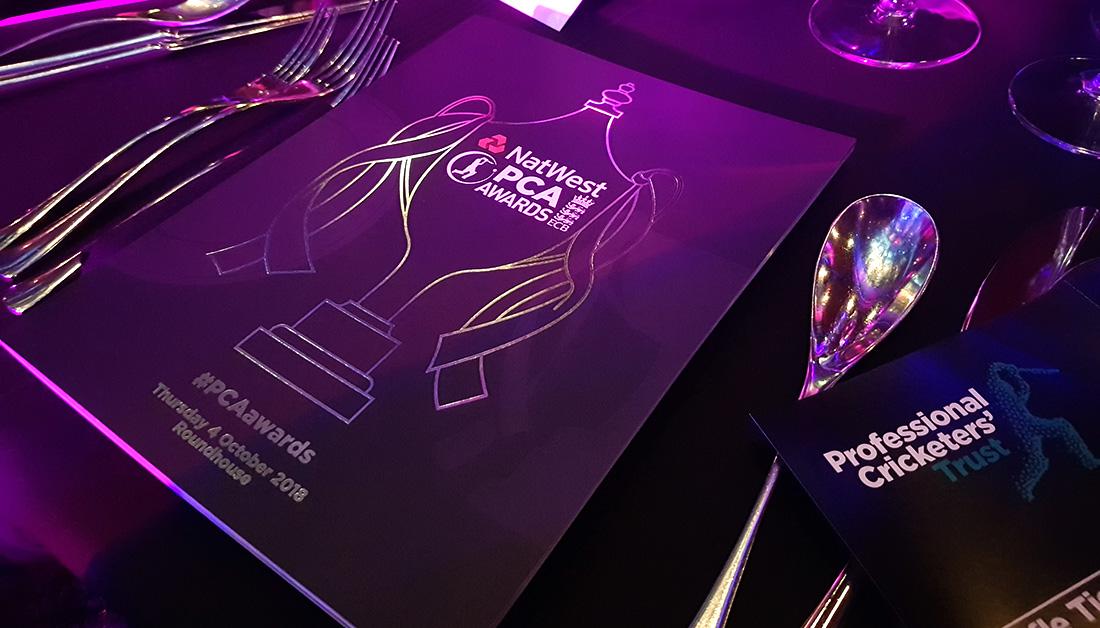 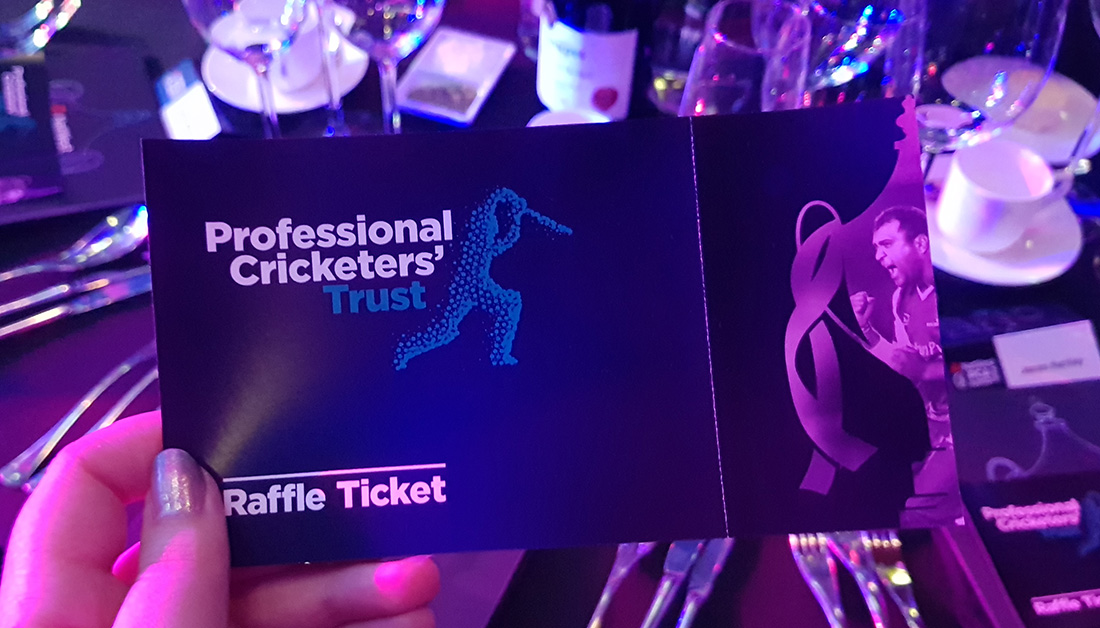 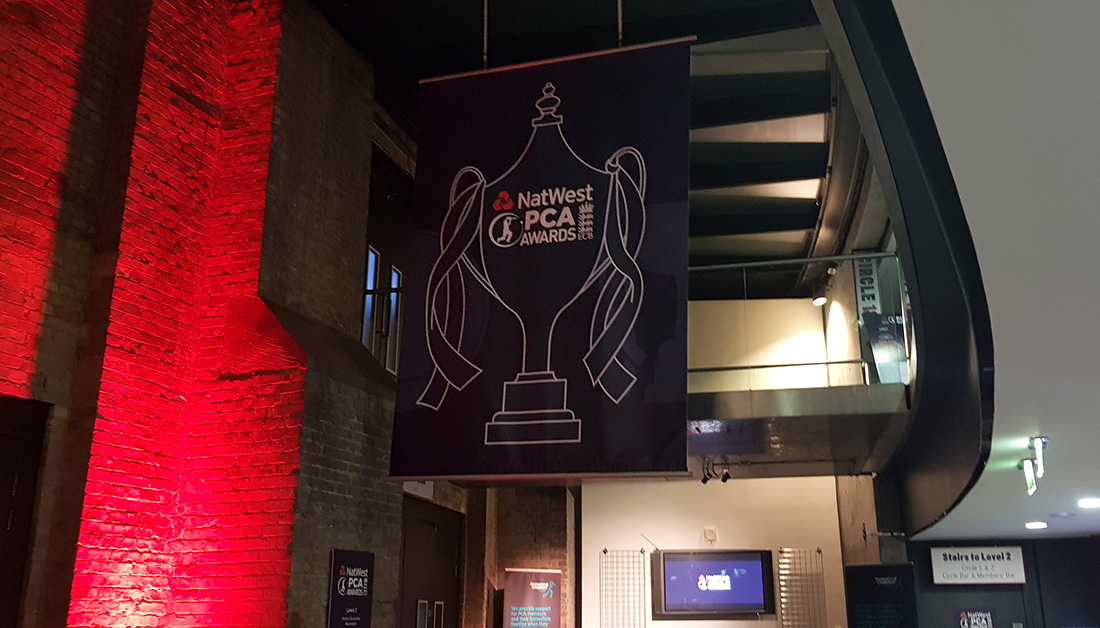 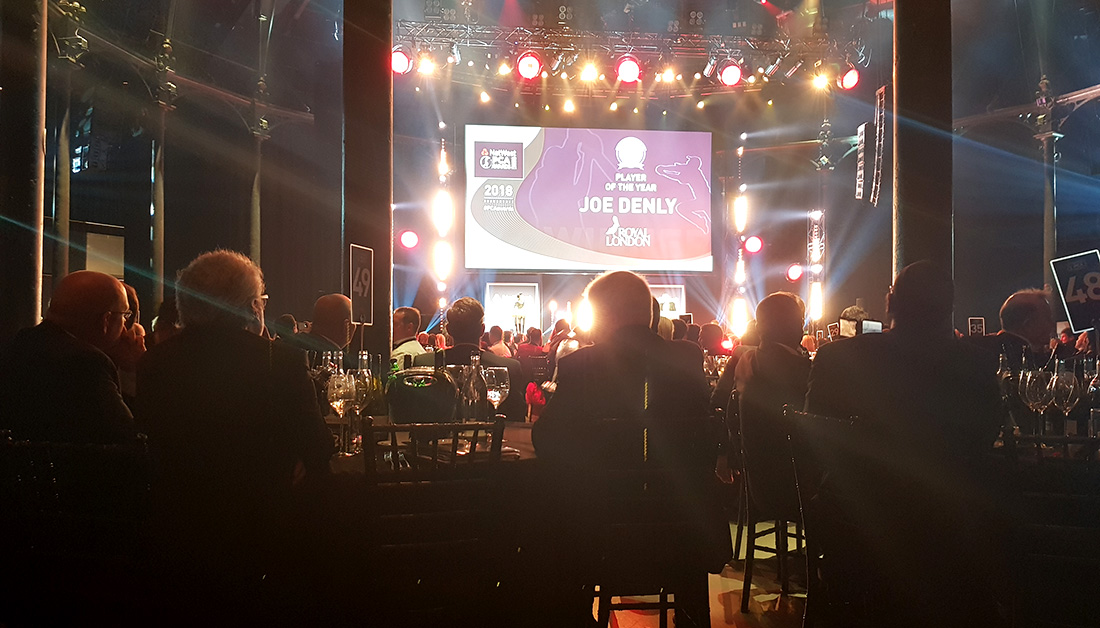 From Outhouse To
The Roundhouse

“I can’t believe you did all this from that sh*tty fruit & veg unit in Sneinton,” offered Smith Cooper’s Managing Partner, James Bagley. We took it as a complement. Especially as the outspoken accountant is both a client and friend and advisor to the business.

He’s commenting on the spectacle that is a fully decked out Roundhouse in Camden, during the latter stages of the NatWest PCA Awards, cricket’s booziest night of stars.

STENCIL has branded every aspect of the iconic converted tram shed in North London. When doing things successfully owes everything to creating impact and scale by finding balance in simplicity. “It’s the first time we’ve done the job,” said art director, Sam Bowles. “I was less surprised at what we achieved than James, but it was still great to see how well it all worked. It’s an intimidating space, but I’m proud at seeing how well the branding and assets all worked.”

STENCIL produced everything from the event programme to ticketing, from exterior to interior graphics. Plus digital assets in the promotion of the event online. Further proof of talent being not about where you’re from, but all about where yo’ at x 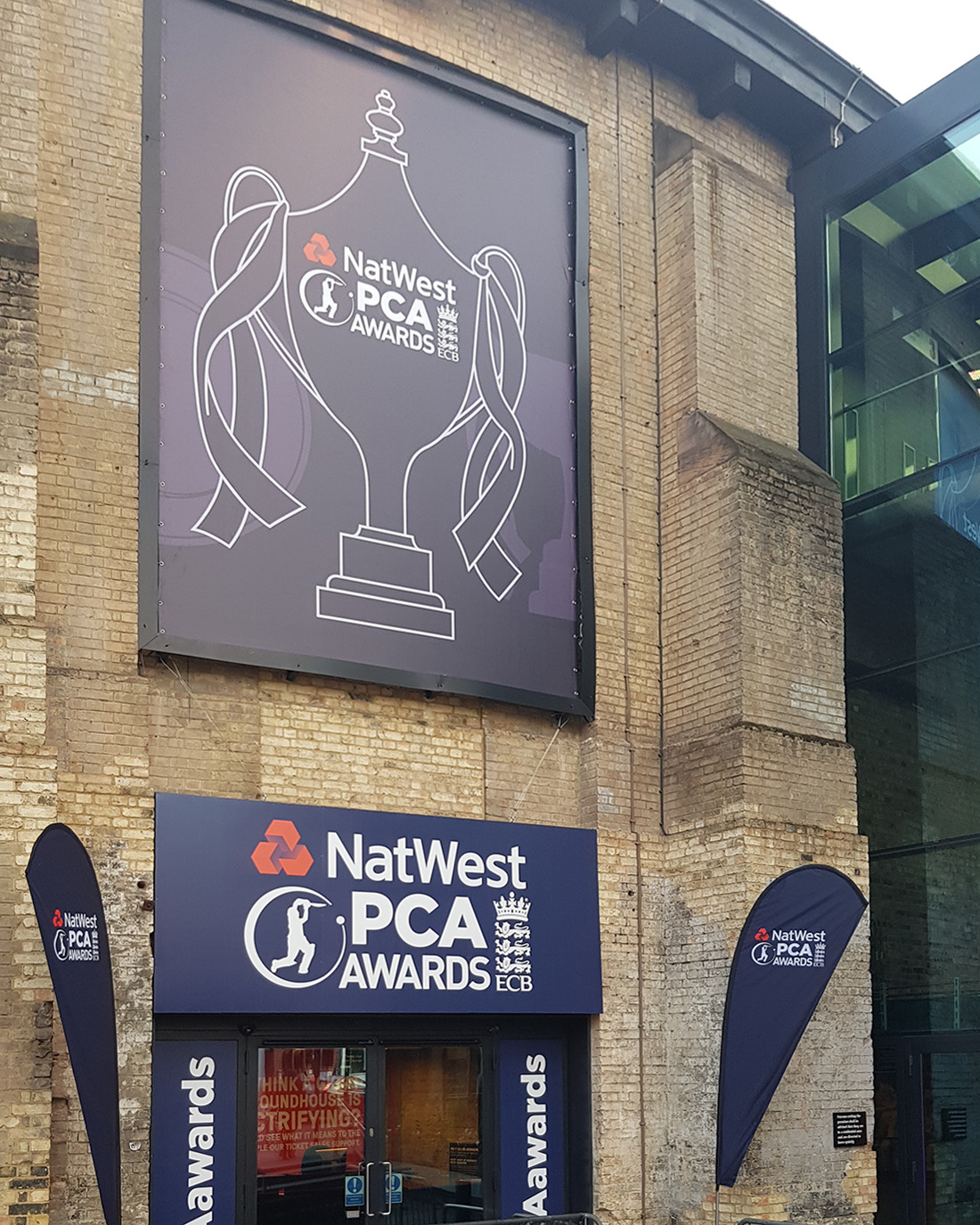