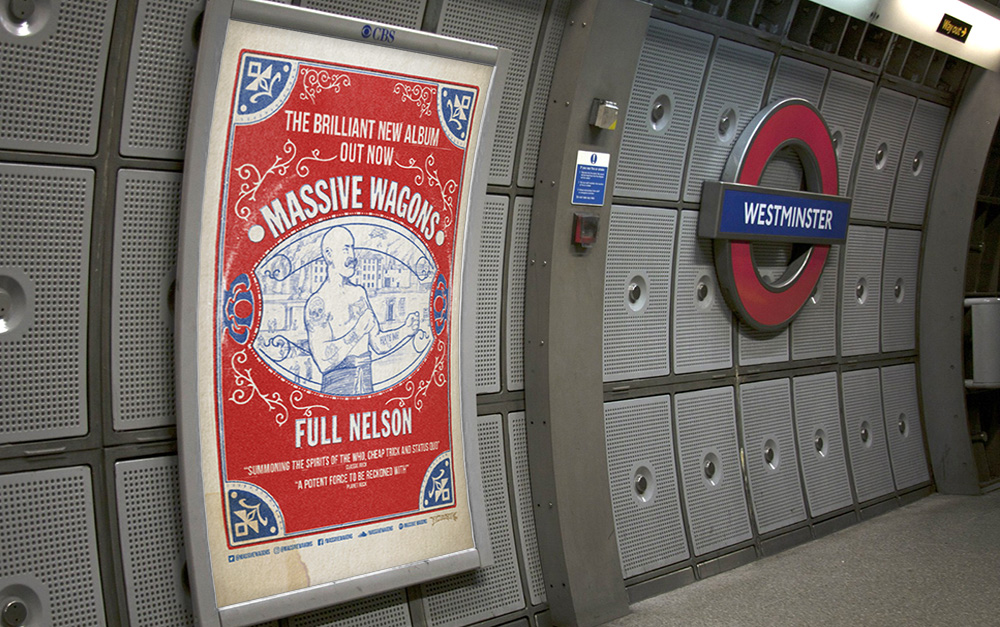 Hailing from Lancaster, northern boys Massive Wagons are signed to Earache Records, the genre-defining independent label with its HQ in Nottingham, plus offices in London and New York. The band’s upcoming album, Full Nelson, sounds like a breakthrough record to many and is expected to enter the mainstream chart’s Top 10.

We did this, what is quite a technically difficult four-sheet tube station poster campaign to support the release. It’s massive. And so are they. 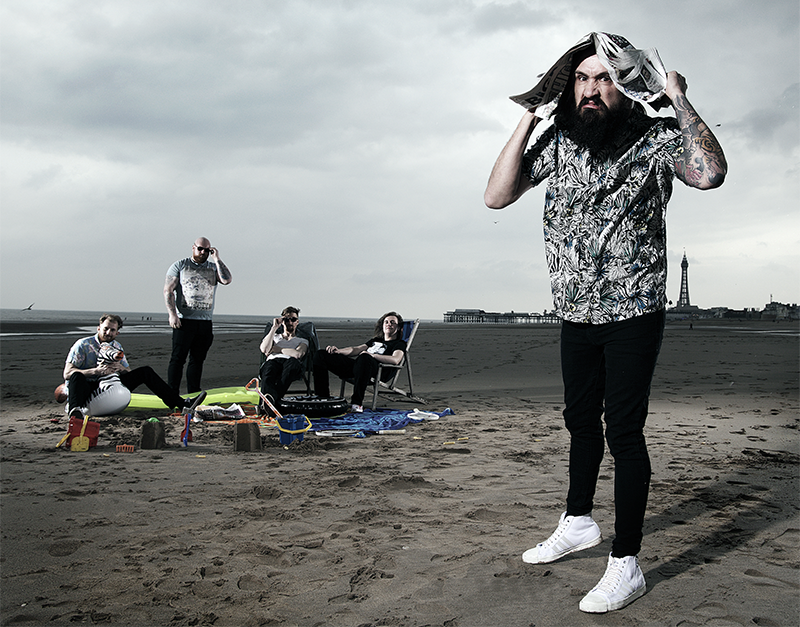 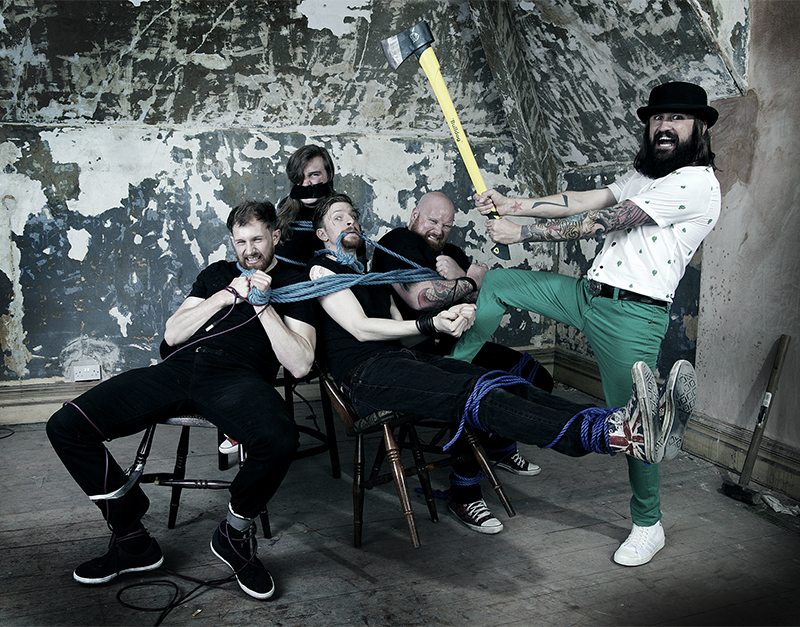