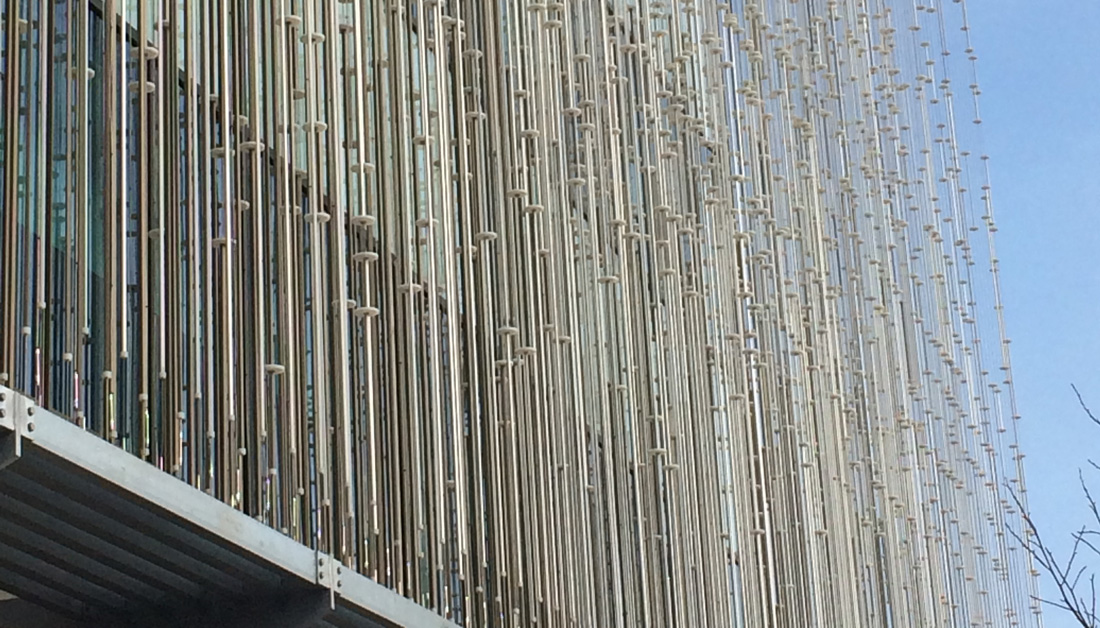 More Than A Pretty Face

It’s been a long time coming, but the new Discovery Building on the corner of Nottingham’s BioCity development appears to be at last looking more than the sum of its component parts. And having walked past it nigh on every day for the past ten months, to see it now doing what it’s supposed to has proven a complete revelation.

As it was going up, the front elevation – a mix of cabling, adornments and tighteners – gave it the appearance of a cross between a convention of crazed office block window cleaners and the aftermath resulting from a destroyed model galleon Jeremy Clarkson might purchase as a comedic gift for one of his Top Gear chums on an overseas jolly.

This ‘rigging’ is in actual fact an art installation entitled ‘Corona’, created by Wolfgang Buttress and Dr Martin Bencsik, and paraphrasing one of its creators Dr Bencsik, it is said to use live data courtesy of NASA, and turn it into an ‘ever-changing light pattern’ that represents the sun’s activity over the preceding 24 hours. Meaning a never-to-be-seen-again light show on any given evening.

Dr Glenn Crocker, CEO of BioCity, described it as ‘art the whole city can enjoy’ and I think we’d go along with that. It sits nicely alongside the ‘new’ tram bridge on the ring road at Queen’s Med and the art installation on Station Street as the latest on a growing list.